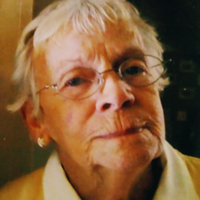 Kings Things has lost their best volunteer. Shirley was too short to hang clothes but she could sort and find items for customers. Others gave 3 hours a week; not Shirley. She could be found at Kings Things opening the door at 10 am and staying til 3 or 4 pm four days a week. It was her second home and many only knew her as the “ little lady” who always helped them. Shirley also volunteered as a den mother when her sons were young. Another of her frequent stops was the Swedesboro Library: books were her friends and constant companions. For a time she lived in Woolwich but then moved to Swedesboro. She loved walking and being in town gave her the ability to walk to Lock Ave Park, the Library, Bethesda UM Church, Aged to Perfection Senior Citizens, and of course Kings Things. At the park she and two friends, Ruth and Grace, picked up trash and eventually wrote a letter to a local paper exhorting parents to not allow their children to litter.

She was raised in Berlin, New Hampshire and with graduation from high school joined the Air Force to see the world. In her high school yearbook Shirley was quoted saying her ambition was to be a General. That didn’t happen …but she had 5 children instead. In the Air Force Shirley was trained as a dental hygienist. While working on her late husband George’s teeth love blossomed . They married 6 weeks later and were together 41 years until his death. Those children surviving her are George Murphy Jr., Mark Murphy (Eileen), Patricia Murphy, Donna Murphy, and Brenda O’Keefe (Chris); also 11 grand children, 11 great-grandchildren and her late sister Jackie’s husband, Tony Debonis.