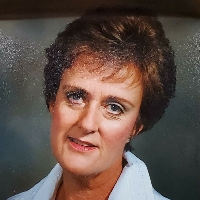 Laurilee was born in Dallas, Texas , raised in Shreveport, Louisiana found her way to New Jersey. She had many talents. She played the organ, piano, and sold stocks and bonds. Both sides of her brain were fully functional. For a time, she sold Wurlitzer organs in the Cherry Hill, Mall. Customers were enticed in by her playing the organ. Her last job was as a receptionist at Brighton Gardens in Cherry Hill. And there she also entertained all the residents with her musical abilities. And through the years she also gave music lessons in her home. Probably she arrived in New Jersey by way of Rider College, Westminster Choir College. There she earned a bachelor’s degree studying music and voice. Her education continued with opera studies in Germany. Her musical talent started when she sang and played the organ at her home church in Shreveport. In addition to music Laurilee enjoyed travel. She joined the Friendship Force, a group that went to other countries staying with locals learning their custom. She was introduced to a handsome man, Harry “Rusty” Lange. It wasn’t long before they married and she moved to his home on the Raccoon Creek where Laurilee was thrilled by being surrounded by nature. Along with Rusty she gained a full family: his son Dean and daughter in law Mary and grandchildren: Tristan Royal, Niki Royal, Moria Moore, Talmage Lange and Brieanna Lange. Come celebrate 72 great years Monday October 26 at Daley Life Celebration Studio where friends may call from 10 a. m. with a service at 11a. m. Interment Lake Park Cemetery, Woolwich Twp., NJ