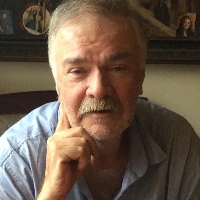 For Joey, family always came first, caring for many of them during their toughest times. But their greatest moments also found them together, whether sitting around the family piano with his siblings laughing and creating silly songs or playing in a trio with his father on the upright bass/vocals and brother, Michael, on the piano. He marched to the beat of his own drum but it was only fitting since he was a drummer himself. Joey spent many years as an antique dealer, scouring the various area auctions. From a block away out of the corner of his eye he could tell an item’s value. Antiques Road Show was his Jeopardy. It’s no surprise that he was a history buff. He often combined the two passions, finding himself in possession of George Washington’s desk as well as many other historical treasures He dabbled in a lifetime of interesting jobs, including Bellman at the Barclay Hotel and Personal Chauffeur for Fredric Mann (Mann Music Center), often driving many of Hollywood’s Elite and Philly’s High Society. He is survived by his siblings, Elizabeth O’Donnell (Joseph), John (Renee), Donna Ryan-Davis (Paul), two nieces, two nephews and a great nephew. He was pre-deceased by his brothers, Michael and Arthur.