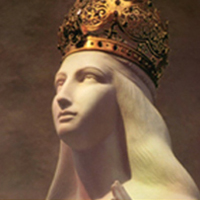 Margaret was formerly of Bellmawr and died at Pitman Manor Sunday July 21. She was a devout Catholic and spent her life as a homemaker. While living in Bellmawr she and her late husband, Frank were active members of the Senior Citizen club.

The Malloy’s met at a neighborhood dance and continued to cut a rug for 62 years. until his death in 2004.

They were blessed with three children who considered her to be the best mother ever they are Frank Jr.( Sandy), the late Edward and his wife Shirley, and Marge Dombrosky (Paul), 8 grandchildren and 11 great grandchildren all who agree with their parents that Margaret should be in the grandparents hall of fame.

Come celebrate 97 great years Friday, July 26 from 10 am at St. Mary’s Church, 426 Monmouth St., Gloucester City where the Mass of Christian Burial will be celebrated at 11am. Burial New St. Mary’s Cemetery.