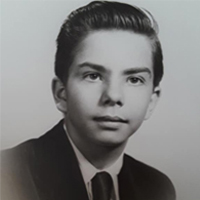 Charles, or Chuck as his friends called him, died on June 26, 2019 from injuries he received after being struck by a car while out on his daily walk. He was surrounded by his daughters, niece and son in law, and he died peacefully.

Chuck was born and raised in Philadelphia, Pennsylvania. After his graduation from Frankford High School, Chuck joined the Coast Guard in 1959. Chuck retired from his distinguished military career in 1963. Chuck rarely spoke of his time in the military, but he often boasted that he was the only person he knew- who had travelled to both the north & south poles.

The sixties found Chuck working at a large bank in Center City Philadelphia. There he took home more than a paycheck; he’d meet a pretty teller, the late Estle Takacs. In 1962 they wed. They were blessed with four beautiful daughters: Diane Smedley, Kim Fazzino, Angel Smedley, and Victoria Heritage.

In the seventies, the family out grew their home in Delaware County, PA. They then found their way over the Commodore Barry Bridge to New Jersey, settling in the High Hill Farms Section of Logan Twp. If you purchased gas at John Convery’s station in Swedesboro most likely it was Chuck who filled the tank. He was a fixture at the station. Later he worked for John at his Logan Twp. location. His final job before retiring was with Nine West as a security guard. A few of Chuck’s loves, besides his family, were that of fishing, reading the newspaper and cheering on all of the Philadelphia sports teams!

Chuck was a very generous man. Frankly—he’d offer the shirt off his back. He often found his girls’ friends bunking in his home when they found themselves at conflict with their parents. Not only did this include teenagers—but the home was always filled with lost pets that needed a home and a meal. Chuck worked tirelessly to maintain a roof over his family’s head and meals in their bellies. In fact, he often worked two to three jobs to support his clan. And very soon after his youngest daughter was born, he found himself helping to raise his eldest grandson- Sgt. 1st Class Christopher Smedley. Pop-Pop as he was known, also leaves behind his other 5 grandchildren- Steven, Michael, Robert, Benjamin, Alexander and his 6 great-grandchildren.
Chuck is survived by his older brother, Elwood.

A celebration of his 79 great years will be held on Tuesday July 30, 2019 from 5-8 pm at the Daley Life Celebration Studio
1518 Kings Highway, Swedesboro, NJ 08085
The family has requested in lieu of flowers, a donation be made in Chuck’s honor to;
Big Brothers/Big Sisters
Big Brothers Big Sisters Independence: Serving four counties in Southeastern PA and three counties in Southern NJ, Big Brothers Big Sisters Independence’s mission is to build and support one-to-one relationships to ignite the biggest possible futures for youth. We strive to strengthen the youth mentoring field through collaboration, training and technical assistance, data collection, and advocacy. Our vision is that all youth achieve their full potential.
For online donations, please use this link–

In the comment line, please add his name- Charles Smedley
If you’d prefer to send a check, please send to the attention of
Kirsten Halker-Kratz
Director of Institutional and Individual Giving
Big Brothers Big Sisters Independence
123 S. Broad Street, Suite 1050 • Philadelphia, PA 19109
Due to Chuck’s giving heart, the family decided to honor his legacy by choosing a charity that honored his work ethic, as well as his desire to leave no child behind. Chuck will be sorely missed by all who knew him.

Memorial Guestbook for Charles A. Smedley